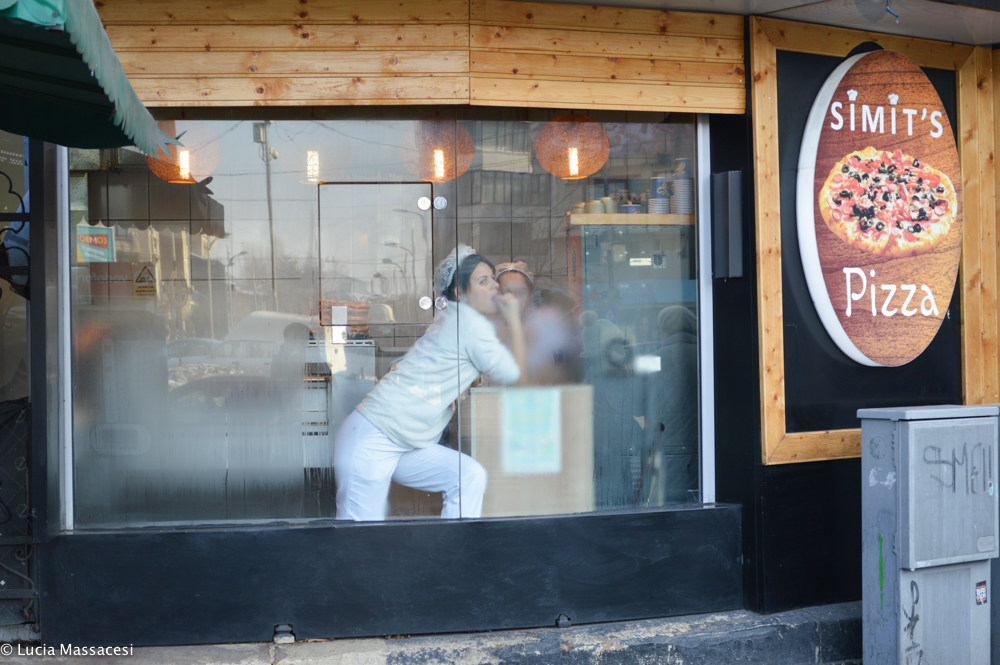 As I Read Philip Ó Ceallaigh

When I picked up Notes from a Turkish Whorehouse (2006), a collection of short stories by a Bucharest-based Irish writer, I was thrilled at the chance of finding unexpected insights on the city life, if not on Romania as a whole. I was wrong: by the time I had finished reading Notes and immediately afterwards The Pleasant Light of Day (2009), his second collection, my perception of Romania had remained basically unaltered. All I gathered, when it came to my old quest for a sufletul romanesc, was that yes, Romania may prove an inspirational scene for a writer-to-be, if only for its cheap cost of living. So, welcome into Philip Ó Ceallaigh’s geography, where specific places and objects provide the scenery for staging universal characters and destinies.

“All around him were men who had given up. Everywhere he saw defeated faces. These men had lost more than love, or the spirit of love, they had lost the fight.”

Ó Ceallaigh knows the trick: short stories, when crafted with the right few strokes, conjure up whole worlds. In both books,  people are seen in their daily struggle to make sense out of their marginal lives. They are  closely observed and never judged: categories like winners or losers do not apply to this gallery of human beings. Thoughtful readers may end up empathising with them.

The point is that the uneasiness experienced by the residents of the suburban block of Notes from a Turkish Whorehouse echoes our very contemporary discomfort and quest for meaning. Alas, most of the men and women we meet there have given up and are seen drifting along, elements of a superfluous humanity: “Cavemen that did not hunt or gather, but sat around getting fat and sick and bitter, who could shit and flush it away, and were thrown into confusion and fits of grunting if the pipe blocked or broke. An aggregation of superfluous humanity, herded into concrete cubicles on the rim of a city.“

A major challenge is to make sense of infinite repetitions and not to be annihilated by them. Only few characters realise that clearly enough, like Alex who “thought of how things and people became each other. Imagine a pair of boots that had been worn a year, or a hat”, or Dorin, the painter who endlessly draws sketches of the very same view with a zen-like approach, reckoning that “there is a moment when – and being able to catch that moment is far from easy – the view from the tenth is good no more: a change is needed, so that you do not become like the thing itself and keep your healthy distance from things and do not allow things to absorb your very being! It is an heroic struggling, only few are able to do it.”

Ó Ceallaigh is a true democrat and the chance to reach that healthy distance is granted to anyone: “Yes, the crazy and the sane, each had to find something to settle them, some activity. Some cultivated their gardens, some played backgammon, some wrote bad verse.”

“If you practised you could have the power to say things, even if nobody else heard them.”

Artists belong to their biographies and  Ó Ceallaigh is no exception. Soon after taking his degree in philosophy at Dublin University, he started leading a nomadic life, till his instinct made him stop somewhere and he decided that Bucharest was the place: a return, in fact, having already stationed there in the late Nineties. In his one-room apartment at the tenth floor of a block on the city outskirts, he spent his first few years facing the threats of nihilism; time and again he had been tempted to give it all up, dubious as to where his passion for writing might finally take him. He did stick to it and something happened: his words germinated and Notes was published in 2006. Skip Forward. Eleven years afterwards Ó Ceallaigh is an unassuming reserved guy as well as an established writer, both appreciated by a globalised – if niche – readership and cherished by a chorus of enthusiastic reviewers. He is still a Bucharest resident, living at the eighth floor of a just more central block.  He rejects the invasive use of smartphones and the modern slavery of internet connectivity, preferring to focus on real faces and places as they unroll before his quick blue eyes.

“When people were together, always some of those people would be speaking on their phones to people who were not there. Nobody was ever completely where they were now that it was possible to speak to everybody all of the time.”

His writing style is not only compelling but also endowed with clairvoyance. Compare the discomfort expressed by one of his characters in Notes from a Turkish Whorehouse  to the feelings that are taking so many Romanians to the streets these days. They are protesting against the ruling party’s overnight adoption  of an emergency ordinance to change the Penal Code, decriminalising or/and reducing the criminal punishments for corruption offences such as abuse of office, conflict of interest and negligence at work: “George felt disgust. He knew the type. Usually they were in government offices, heads of faculties. People sure of their power. People with the necessary skills for rising in a dictatorship, people with no ideas beyond smiling unctuously to the man above and being merciless to the man below. Then the dictator was gone and they were members of the ruling party, as smug and sure of themselves as ever, because they were on the inside, with their friends, running the show, and everybody else was on the outside.”

“Abraham sat there on his stone throne, alone, through the small hours, contemplating liberty, and sacrifice, and the other things that make America great.”

Another cluster of stories  in Notes is set in the USA and provides us with similarly penetrating visions of America in the age of Trump: “They bought the land, they put up the houses, and then they got in commando teams of illegals to landscape it to look pretty and civilized, and to maintain it thereafter. Then they sold the units and went off and bought more land and did it again.”

Some reviewers tend to associate Ó Ceallaigh’s writing to a cynic or pessimistic bite. I dismiss that reading and rather find that Hope – or elaboration of its loss –  acts as the most powerful agent in his stories. The stories in The Pleasant Light of Day show that even more clearly. I wish you a great reading.