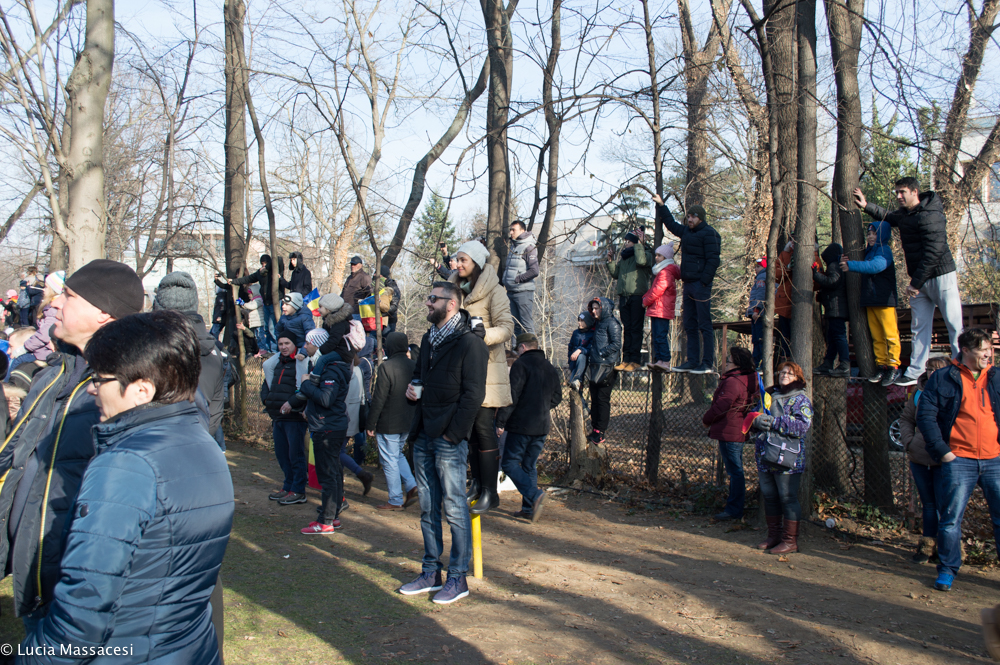 My Take – Wake Up, Romanian!

December 1st is Romanian National Day, you can tell that from details like the sudden sprouting of flags proudly attached on each side of car windows,  the smaller the car, the more likely the presence of flags.

General Elections Are in the Air

Yesterday morning the military parade – after three days of rehearsals and extra traffic due to detours – was arranged along Șoseaua Kiseleff, with the renovated Arcul de Triumf the heart location of the event. Apparently Ms Gabriela Firea (PSD), the recently elected Bucharest mayor, has succeeded in completing just in time the consolidation works of the Arc which have been keeping the monument invisible for the last four years. General Elections are due on December 11th and this appointment cannot but be seen also as a preparatory show off. More, due to the latest developments of the world politics, the annual military parade has proved an excellent opportunity to underline the strong links that Romania entertains both with the European Union and Nato.

As I walked to reach the venue, I was impressed by the level of participation in the event: families, children, older people, youngsters of all types – from hipsters to students, to manual workers – women from every kind of social and cultural background, and eccentrics, of course. While people with their flags still rolled up kept on flocking out from the Aviatorilor metro station, others had parked somewhere around and were converging from all other possible directions. In a corner of piata Charles De Gaulle  a street musician was tuning the Romanian national anthem on his fiddle, children watching while their parents strutted them onward. In fact, those few soulful notes touched me deeply and stroke a cord of deep respect for this mysterious country.

The Call of the Past

When I reached Kiseleff at least five rows of spectators were already covering the street view, I wonder how much earlier they had to get there and, above all, how much colder it must have been then, considering that it was still rather chilly at ten something. Back in Italy, patriotic parades are much less successful, football championships maybe… Here it must have something to do with their communist past and the emphasis on public parades. When the never-ending  parade began – also an Italian military presence was featured! – Romanians did their best to catch as much as they could, by any possible means. The moment air-fighters rocketed over our heads I could not help feeling overwhelmed by personal memories – my dad was an F104 aviator in his days – and so it was that the Romanian National Day was also my day.