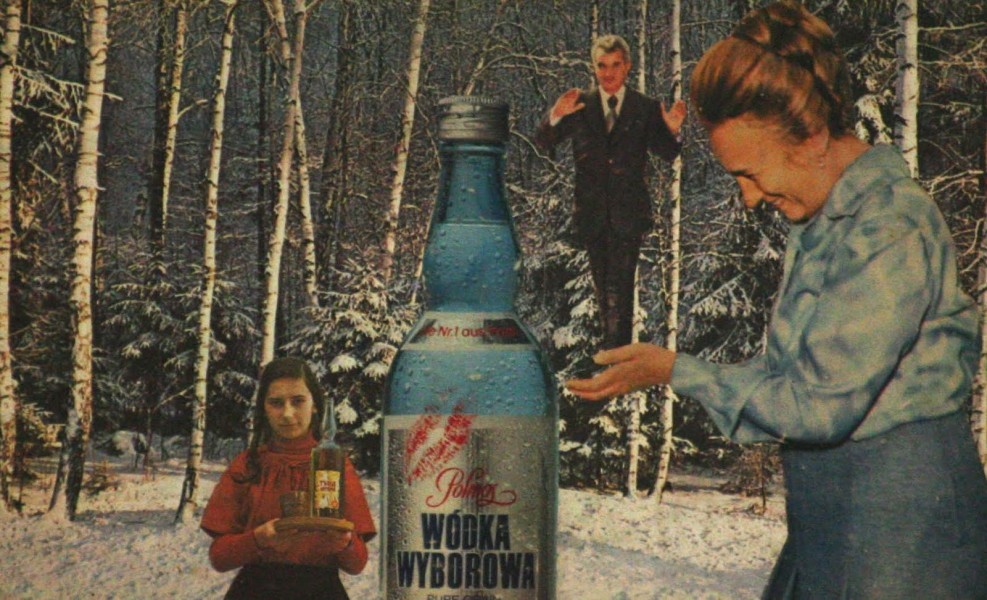 Bucharest, July 2016. I meet Ion Bârlădeanu one Sunday morning in a sunny deserted city. On my way back home from downtown, some of his collages in the shopwindow of the “Uniunea Artiștilor Plastici din Romania” catch my attention. I tell myself, maybe it is open and he is inside here now. I press the handle and the door opens: he is sitting at the centre of the cool empty room, beside his inseparable piles of magazines.  I introduce myself, explaining that I have been wishing to meet him for quite a while. We start talking and go on for about an hour, then we fix an appointment for the following day, same time, same place: I will be back with my camera, “I will be waiting for you, I keep my word.” He kisses my hand.

Ion Bârlădeanu is born in Zapodeni, historic Moldavia, in March 1946. Ion associates his childhood to a pleasant time: making carnival masks, pieces of chess, baskets out of maize leaves, carving toy arms, telephones. He attends a professional school for masonry in Iasi where he learns to draw. His father, a keen member of the communist party, wishes him to become a regular socialist worker but at twenty Ion runs away from home. From then onwards he changes a number of jobs: digger in a combinat and in a graveyard, dock worker in Constanța, sagristan, lumberman, keeper, workman in the building site of Casa Poporului. In Bucharest he also happens to spend few days in jail because not regularly employed. In Vaslui he is also enquired for political reasons, never having put up with his father back home. After the regime fall in 1989 unemployment is no more a crime and he ends up becoming a boschetar, the local expression for homeless. He finds shelter in the garbage room of a bloc in Calea Moșilor, where he survives by providing minor works and services for the residents. For about thirty years he has kept on collecting magazines which he has been clipping and gluing to create visionary collages.

Success arrives at a late stage and quite unexpectedly. In December 2007 artist Ovidiu Feneș points him out to gallerist and art dealer Dan Popescu. Things are bound to change in a short time for Ion, as narrated by the documentary In Lumea vezuta de Ion B. (“Il mondo visto da Ion B.”)  by Alexander Nanau, winner of a Grammy Award in 2010. His collages are exhibited first in Bucharest, then in Basel, London and Paris.

“I am a film-maker”, he declares with a curious mix of humor and gravitas, specifying: “in fact, now a worldwide director with scissors”. With an inborn talent for drawing and a long-cherished wish to become a film director or an actor, Ion creates his own imaginary world, a sort of “proto-pop” approach to creativeness which anticipates the arrival of the pop culture along with the consumer society soon after the fall of Ceausescu. Art may not describe it all properly: for thirty years that activity has been for him a form of self-therapy. Using minimum resources, his frames create a hybrid which combines pop art and surrealism dada in a way to trigger powerful narratives. His works raise wonder, irony and above all melancholy: hollywood stars and western world brands are inserted in local contests – Romanian landscapes and local scenes – and there they stand as icons of freedom in a dim gulag atmosphere. “Among my favourite international actors I list Liz Taylor, Ursula Andress, Silvia Coscina, Orson Welles, Peter O’Tool, Clint Eastwood, Marcello Mastroianni.” Over the years Ion’s scissors have made up his stories starring all national heroes from Nicolae ed Elena Ceaușescu down the line and each time in his hands reality has taken new unexpected twists making everything become possible. Not by chance “Realpolitik” is the title given to his first exhibition held at H’Art gallery, Dan Popescu’s gallery. Also his latest collages keep that dreamlike and estranging perspective and when I ask him what he thinks of today’s Romania he is quite merciless: “Romania got rid of a dictator who was like a sated wolf to end up besieged by a pack of hungry hounds”.

A picture shows him sitting on a sofa with Angelina Jolie: true, since childhood he had dreamed of becoming an actor but life presented him with a whole different screenplay and the old man now in pleasant conversation with Mrs Pitt plays the unique role of director of collages. Despite his growing success abroad and his being often described as “the Andy Warhol of Romania”, vehement criticism has been coming from some local intellectuals who consider Ion B. as a clear case of shameful media hype and cynical exploitation of a naive by the art industry. No matter what, Ion strikes you with awe for his sense of dignity and self-awareness of belonging to the noble art world: none can doubt that he belongs there, anyhow.

Moreover, his past clochard life seems  to have immunised him from the whims and tantrums of success and the temptations of money.  I can see it clearly when I come back on Monday and we are walking along Magheru heading to H’Art Gallery. In front of Carturești we come across a street cleaner who warmly greets him: Ion stops to chat with him, his sad eyes attempting at smiling.

We reach the gallery,  an attic in a palace from the forties in Dionise Lupu. Dan Popescu, the young owner, welcomes us,  then it’s Ion who plays the host and shows me around the current exhibition: “It’s Codruța Cernea, a young artist, like most of those represented by the gallery. Actually for them all I am a kind of old uncle.”

We get out to the terrace that overlooks the cityscape. Without saying a word he reaches the balustrade to catch a closer view of Bucharest roofs. He says almost to himself: “they say that works of art go up to tenfold their value after the artist dies. By now I have become someone known with no money problem – even though I am not interested in having it – above all I finally have  freedom. But what shall I make out of it? Too late now, as youth has gone and for  good.”

While talking with Ion Bârlădeanu I realise how much Romanians are seduced by the cinema imagery. So, I guess, Ion’s cinefilia must have something to share with other surreal stories of human resistance during the communist years. My mind goes straight to “The Voice“, i.e. that almost abstract entity behind which all along the Eighties Irina Nistor, a courageous and visionary translator working at State TV programs, secretly dubbed over 3,000 banned movie titles on VHS tapes smuggled in from the West.

While people did wonder why all the Western movies were dubbed by the same voice, they were deeply grateful for her message of never giving up. It cannot be by chance that Nistor’s is till now the most well known voice in Romania after Ceaușescu’s.(Chuck Norris Vs Communism).