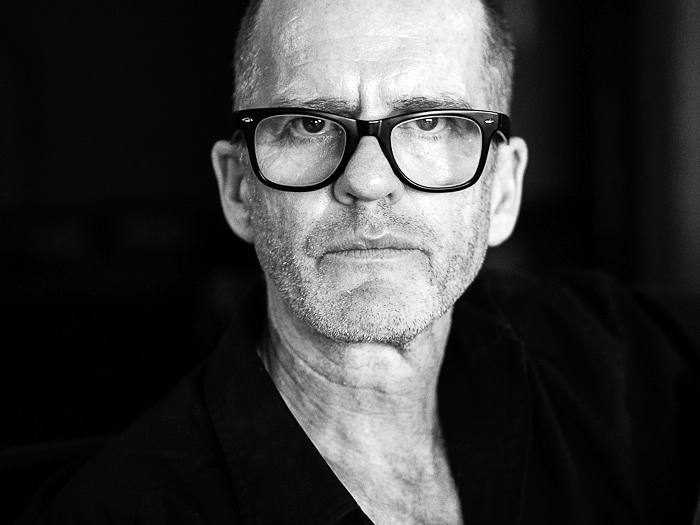 After having enjoyed reading Never Mind the Balkans, Here’s Romania, I wanted to know more about the author Mike Ormsby and his subject matter. A British writer and former BBC journalist, World Service trainer and musician, Mike welcomed my questions with the same enthusiasm and passion I had found in his writing. With his wife Angela Nicoara, also journalist and writer, he has chosen Magura, Transylvania as his main place of residence.

What kind of reactions has your book received in the course of time? Can you detect any difference in its reception between Romanian and English readers?

Since 2008, when the book was published, the majority of my readers seem to have enjoyed it. Most of them find it amusing, direct, and accurate; I’m glad about that. My first publisher was a bit worried and said, “Romania is not ready for your book – it’s too honest.” I replied, “But if not now, then when?” As it turned out, Romania’s literary critics gave the book a very positive reception and several described me as “our British Caragiale”. Most readers on Amazon, GoodReads, and so on, have been very supportive too, and I’ve made new friends this way. Of course, some people do not enjoy the book and post negative reviews, but that’s life and I don’t mind unless they misrepresent or tell lies about my work, as some do, because that’s not fair.

To answer the second part of your question, many Romanians seemed surprised that a foreigner could observe, understand, and write about their country in a way that ’opened their eyes’. For example, a Romanian Army general told me that he thought his wife was crazy for looking after street dogs, until he read my book. Now, he sees them differently and even helps her.

As regards nationalities, I have not sensed differences between the reactions of Romanian and Anglophone readers. On the contrary, I see similarities. For example, many Anglophones and Romanians see this country clearly and are honest about its pros and cons. In my experience, when such people read ‘Never Mind’ they tend to share my own outlook and find the book to be fair and realistic. However, the opposite applies: some foreigners (often tourists) and some Romanians (often nationalists) wish to ‘defend’ the country from perceived attacks and do not share my outlook.

You wrote the book eight years ago and I have read the book now finding its tales still very topical. Do you think that anything has actually changed since then, if so, how?

Most drivers are more courteous and less aggressive, now. There is less smoking in public places and people seem more interested in healthy living. On the one hand, I hope Romania continues to change in such positive ways. On the other hand, I hope some things will not change: Romanians’ hospitality, their generosity, quick wit, fatalistic sense of humour, their remarkable ability to improvise with tools, and their ability to make fun of the bad times – haz de necaz. Those aspects I will always respect and cherish.

Many young characters in your tales show personal ambitions, various degrees of cynicism and little interest in getting involved in community issues. Can you see now a change in the general trend, with young generations more politically and socially active, see Rosia Montana and Colective movements, or do you consider them niche phenomenons of major cities?

It is several years since I’ve lived in a Romanian city, so I can only answer based on my experience of life in our mountain village. Here, young people seem keen on community issues. For example, for the last two years, my wife Angela Nicoara and I have been picking up litter from local roads and forests. A dozen local children got involved and we’ve since gathered almost two tonnes of litter. I’ll tell you more about this later.

The gap between the richest and the poorest in the country has widened further, with the middle class caught up in a quagmire and in search of a new political representation. What should we be expecting at the oncoming political elections due on December 11? Anything new under the sun?

As a politician might say, I’m glad you asked me this, although, actually, I’m not glad, because I have no idea what to expect. Put it this way, if Trump can get to the White House (as I expected), and if the UK can exit the EU (as I did not expect), then anything is possible in Romania. I hope for the best, but fear the worst.

Many of your characters experience at least a period abroad, which always help them observe the country more lucidly. These diaspora people, some leave for good, some finally chose to come back. Is there a role diaspora people can play in the present/future of this country?

Politically, ex-pats can help by voting in Romania’s elections. Financially, they can help by sending cash home, and many do. Culturally, they can help by making sure that their children are raised as bi-lingual speakers, this is very important. Personally, they can help by being decent people – as so many are – in order to help counter balance any negative stereotypes of ‘Romanians’. In my experience, travel changes us all, sometimes for the better. So, there’s hope for us all, and my suggestions could apply equally to Brits; we are no angels.

Among the many pending issues facing the Romanian society, lack of a basic environmental education and total absence of a recycling and waste management policy represent major ones. Tell us about your video about picking up litter, and about the idea behind it.

Angela and I decided to make the video after a villager yelled an ironic comment while we were picking litter. Before I tell you what that person yelled, a little context might help, as follows.

Despite our many invitations to them, no local adults help us to collect litter in Magura. Instead, they offer excuses, e.g. I’m too busy. Some parents even tried to forbid their kids from helping us to tidy up because they think it’s undignified, dirty, and ‘not our problem’, even though many of them own guest houses and thus benefit from a cleaner village for tourists to enjoy. Naturally, we are disappointed, especially as our work takes only a couple of hours every month or so. Anyway, moving on …

We’d been thinking for a while about making a music video with some of the village kids who attend my ukulele class, but we had not chosen a song from our repertoire. So, we decided to use that communist-era slogan for a new song about collecting litter, a song urging local parents to help us. We were sitting in a pizza place at the time and we heard ‘Every Breath You Take’ in the background. We realised we could adapt Sting’s nice tune but add our own lyrics about litter in Magura. Angela found an experienced cameraman to help shoot and edit the film, and a neighbour choreographed traditional dance steps for the kids. We added a comic touch – dancing with bags full of rubbish – and paid homage to Bob Dylan with our flash cards listing the sorts of things we find in the village. You name it, we find it!

The video shoot took several days and was very hard work in hot weather. It can be tricky coordinating a dozen kids, for shot after shot, but they were very cooperative. When they got tired, we told them, “This is how it feels to be a movie star, it’s a lot of work!” That made them feel a bit famous and they’d brighten up.

So far, our video has had around 30,000 hits on the Internet and dozens of supportive comments. Lucian Mandruta from DigiFM posted it on his Facebook page, which helped. If you wish to watch, here is the link: ‘Amazing Romania!’ Please share, every thumb helps. But will local adults? We’ll see.

For all its shortcomings and chronic problems, Romania is the place you have decided to call home. What is it that attracts you most here?

When I first came to Romania in 1994 as a BBC reporter, it felt very different to other countries and attracted me in a way I could not resist. I had never visited a former communist state in eastern Europe and found this one fascinating; most of all, I liked the people. A few months later, I came back to teach at Scoala BBC in Bucharest and stayed a couple of years. I met Angela and then we moved to Bosnia, the first of seventeen different countries that we would live in during the twenty years that followed. Our life was very nomadic and we had no chance or wish to settle, but, eventually, we took a break and bought a house here in the mountains of Transylvania. We like the clean air and quiet atmosphere, after years living in big cities such as Jakarta, Khartoum, and Baku. We like pets but were never able to own any, since we moved too often, so this village is ideal for those we adopted recently – three dogs and five cats.

Last summer, a Romanian friend told us that he has no desire to live anywhere else because, ‘This country has just enough rules’. That made us smile and I know what he means. For all its problems, as you say, Romania has a special something that you won’t find elsewhere. When I’m away, say, in England for a few weeks, I miss that special something, whatever it is. However, Angela and I do get restless after too long in one place. Once a nomad, always a nomad, perhaps? Our feet are starting to itch, I fear!

If a ‘sufletul romanesc’ exists, what would you think it consists in? What role plays irony in it?

What’s in a Romanian soul? Great question! Certainly an affinity with the land – Romanians seem to enjoy a deep and lasting link to the countryside and the pleasures it affords. Every Romanian seems to know where to procure good fruit and vegetables, or the best tuica that money cannot buy, and so on. I think such links keep one’s feet on the ground, literally and metaphorically, although it took me a while to appreciate that, perhaps because most people in the UK no longer have those connections. What else? Hmm, perhaps an ability to get around the rules – or such rules as exist – to survive. Certainly a morbid fear of death by draughts, an allergy to seat belts (especially in an aircraft), and a chronic inability to wait in an orderly queue. Irony, yes, definitely. It’s the ace of the cards that life deals you, here.

Any other project coming soon?

I’m working on a collection of short stories set in Transylvania.