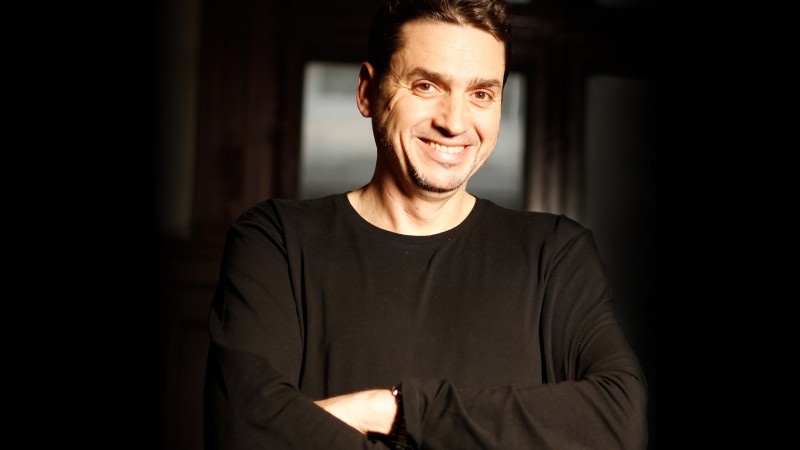 Lucian Georgescu teaches creative writing and screenwriting at UNACT, Bucharest and is visiting professor at Scuola Holden, the creative writing school founded in Torino by Alessandro Baricco. He belongs to the first post-communist generation and he is a member of UCIN ((Romanian Filmmakers Association), SRN (Screenwriters Research Network) and EACWP (European Association of Creative Writing Programs).  Interested in road movies, he is the author of a book about Jim Jarmusch (On the Road with Jim, 2007). In 2011 he wrote, produced and directed a film a tragicomic road movie The Phantom Father. Some of his contributions can be found in The Road movies of the New Romanian Cinema (Studies in Eastern European Cinema, vol. 3, no.1, UK 2012 Intellect Ltd. pp 23-40),  The Point of No Return – Cinematic Expressions of a Nation’s Altered State of Mind (in East, West and Center: Reframing Post-1989 European Cinema, Edinburgh University Press, 2015). Lucian is currently working at a A Subjective History of Cinema Told in Road Movies.

Cinepub is the only legally free online channel dedicated to the Romanian Cinema. It represents a unique opportunity both for cinefils and for young Romanian artists. Considering the current distribution system, the risk for many emerging film-makers is that their works never get to reach their audiences at all.

Cinepub has chosen a very simple approach with little space for any critical apparatus, focus on films, each speaking for themselves…

That is correct. We intend to reach different kind of audiences, just like different kind of books find each their readerships, we let people chose what to watch and what to think of it. Our main intention is to showcase rather than analyze the New Romanian Cinema. In fact, the very name we chose for the project suggests A very empathic approach. Some twelve years back, at the very first editions of the TIFF (Transylvania Film Festival)  – i.e. still far from it having become a mondane must-be event –  Cinepub happened to be the name for a workshop I held as a non competitive section of the festival. The focus was totally on creating a space for young Non professionals to meet and make ideas circulate. I am glad to consider that some of that idealistic energy has been preserved.

Coming to the distribution issue, what is the role that Cinepub plays in promoting the new Romanian cinema (as well as the past one)?

During the communist regime some 4,000 cinemas were being run around the country; nowadays only some 40 are still operative, all the others  having been transformed into restaurants, night clubs, supermarkets or just left into a state of total decay. Now cineplex and the commercial Mall model have taken over all the programming and distribution circuit, with almost no space left for any independent operator.  Along with promoting new talents we dedicate great attention to the rediscovery of the great authors of the Romanian cinema. That is why we call 2016 the year of  Mircea Danieluc, such an important figure in the history of our cinema: we will be programming 17 of his films. We may go as far as to say that we represent for Romanian cinema an operation of Corporate Social Responsibility: a totally new approach in our country.

Talking more specifically about the films, a recurring sense of tension between plain daily life and private expectations – often leading to a deep sense of frustration – can be perceived. Could we consider it a trait in the new Romanian cinema?

This is certainly not the place where to define the new Romanian cinema in depth,  yet we may say that we are now experiencing a phase beyond surrealism, involving many similarities with neorealism. If we consider that the style is directed by the means and that a chronic lack of means – both financial and technical – affects the Romanian cinema, a new style is emerging. Among the contemporary directors, Cristi Puiu is one of those who really makes a statement in cinema for neorealism with its strong appetite for contemporary stories –  so reminiscent of the neorealismo italiano and yet so tipically Romanian. By the way, we may go so far as say that even Aferim by Radu Jude, despite its apparent historical setting, can be read as a neorealistic film – which can prove a challenge of kind for a foreign audience, probably unable to catch all such subtle nuances…

A last question, my recurring one: how do you think we can trace a sufletul romanesc in the Romanian cinema?

Sufletul romanesc has nothing metaphysical to it: you can trace it back to Caragiale’s unique mix of irony and tragedy as well as to Ion Creanga’s spirit. Nor should we forget the importance of Dadaism’s Romanian roots as well as Cioran’s observation that Romanians never take themselves too seriously.