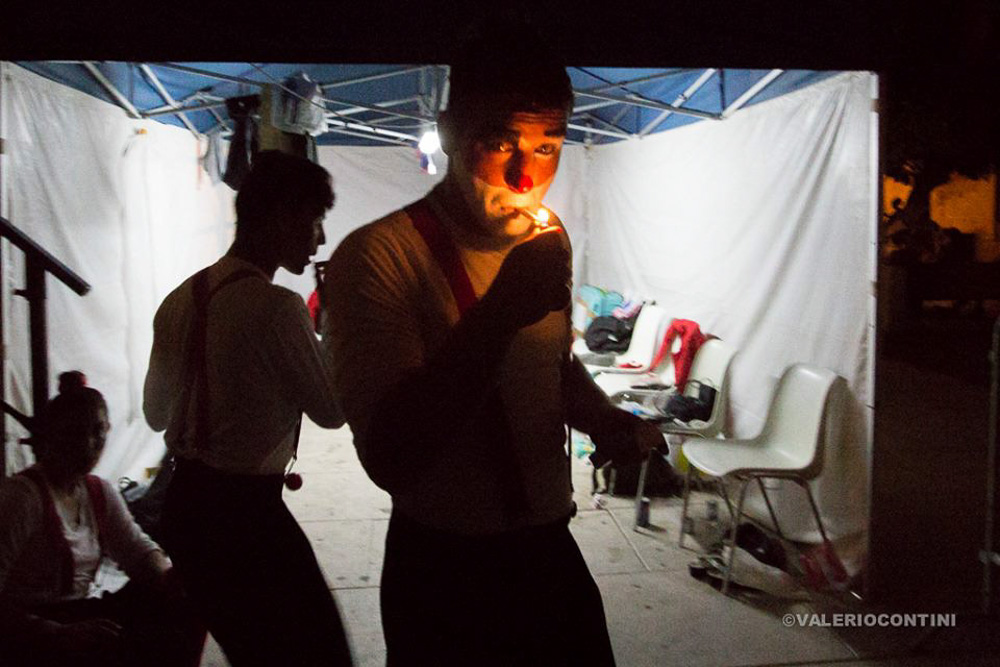 True Stories/ Got a cigarette?

The registry officer stares at me as if I were a Martian. “What do you mean he lives in a tunnel?!” I look back at her as amazed as she. My eyes speaks my words, “Are you kidding me?“

In a city where some 2,000 people live in the streets, where every morning you can see sleepy boys and girls clutching their aurolac bags emerging from sewer covers which lead to underground tunnels along the hot water pipelines, that kind of question sounds to me either a mockery or the effect of a situation like “Excuse me, I have been stranded on a desert island for forty years and I have just come back”.

If it is a civil servant to say that, it makes it all the more discouraging. I do my best to show my diplomatic side but I realize that sarcasm prevails: “Madam, I gather that you have not realized yet that here in Bucharest many people do not happen to have a house. Some of them occupy abandoned apartments downtown, some others find their shelters in tunnels underground. You know, wintertime nights get very cold and staying in the streets is not that healthy”.

In hindsight my reply has not proved to be the best option. Talking about street people, which means “bringing up the problem” and not just  ignoring them like most of people do, makes me scarcely agreeable. To make things worse, I speak with my strong Italian accent seasoned with many grammar mistakes, I wear a football training kit (we have trained quite early in the morning) urgently needing a shower, I have swooped into the police office together with a guy without a foot, badly dressed and dirty – what people would call a “boschettaro” – to apply for an identity card for him.

I guess they consider me a fool. Or someone really really stupid.

I. looks at me shaking his head meaning “I knew it would end up like that!”. My sense of frustration grows. We are almost peers, even though he looks as old as my father. I have never really known how he lost his foot, everybody saying he has always been like that since they have known him. Yet I have always been amazed at how fast he can move up when he has a goal to reach; at times not only does he keep at pace but also seems to slow down a bit not to make me feel tired. Nor have I really understood how many wives, girlfriends and sons he has left around town. Over the four times I have been driving him along to offices for red-tape matters, he has mentioned me at least five among them – as a nevasta, sotia, prietena or femeia (wife, girlfriend or “woman”, in the most intimate sense of the term), and each with copilul, the child, along with them. I believe that he means that he is father to them all. For sure I know that I. has lived on the street most of his thirty-four years. First in an orphanage, then in a tunnel. “I have never had a document”, he says. I don’t know whether to believe him. “And I have lost my birth certificate.” That I believe. I know well that he does not have an identity card, no matter whether he has lost it or he has never really got one: without an identity card you are a perfect Mister Nobody and forget obtaining medical assistance, medicaments, disability pensions, a job. The point is that to release an identity card you must provide a residential address supported with some other document: a rental contract, a utility bill…

“And how can I be certain that he really stays in that tunnel there?

Frustration takes hold of me once more. I strive not to give in to sarcasm again. “Madam, allow me ten minutes and I will drive you there, take you down into that tunnel, so that you can see the mattress, the sheets and the bag with glue that he used last night before falling asleep”. It was meant to be collaborative, it sounded like a challenge. The policewoman begins to search for new excuses. She scribbles down a name on a sheet of paper, of someone higher in rank, suggesting us to come back the following day and speak to him. I protest, we both protest in a civil but firm tone, which does not make any difference. We cannot but accept the situation and we begin to get mentally ready to face it all over again the following day. Still, luck sometimes does not lie just around the corner but even closer, like behind a door.

The local police officer gets into the room while we are collecting photos, filled-in application forms and various documents. I look at the certificate declaring that I. has been a Parada beneficiary for the past ten years: the red nose on its heading in mocking contrast with the imperious attitude of workers there.

“Buna I., ce faci aici? (hi I., what are you doing here?) the policeman asks. I. smiles and explains to him the reason for our visit there. The man looks at the woman in charge and says “sure! I have been knowing him for the last 15 years, at least! He has always been down that tunnel in front of the hospital. You cannot even imagine how many cigarettes he has been scrounging from me!”

I burst into a laughter which puts an end to any residual chance of becoming friend with the officer in charge, but I know too well what it is like for a smoker to meet a street boy: how many chaps I have seen having whole packets consumed once inside the threshold of Parada Day Center.

But now I haven’t even had the time to think “lucky me, I quit smoking!”, as I usually do when I hear of smokers loosing tens of cigarettes, that the policeman has offered to sign a declaration saying that I. lives in that specific tunnel. “That is just fair”, I ponder, “after all that has been his home over the last fifteen years.” Yet, “how can we accept to call a tunnel home?”, for which I cannot find any reasonable answer.

The woman’s voice wakes me up from my private wondering, her tone is outraged, “you should come back tomorrow to withdraw the identity card.” I. smiles, the policeman too, I thank both of them, the policeman and the woman, her eyes asking me “but who makes you do that?”

The policeman has already left the office. I. hugs me and thanks me. Then outside, he thanks the policeman with great warmth. The officer has mild eyes and advices him to behave well. “For sure boss, God forbid…See you soon”. We reach the car, I. with his single foot pacing up at double speed. Suddenly he stops and takes three steps back. “Boss, boss!” The policeman turns around “Yes, I.?”

Lucky me, I quit smoking.

read the Interview to Franco Aloisio